Parque Fernando
The Blackbuck is a class 3 antelope. It can be hunted in the Parque Fernando. It is one of five antelope species besides the gemsbok, blue wildebeest, lesser kudu and springbok.

The blackbuck is an antelope native to and found mainly in India, but which in recent years has enjoyed great success throughout the United States and Argentina. Their long, spiraling horns, white-ringed eyes, and stout physique make them easily recognizable and a popular symbol of Indian culture. The blackbuck is active mainly during the day but will take regularly take extended breaks in the hottest hours of the day. Due to their regular need of water, blackbucks are fairly sedentary and prefer to stay in areas where water is found year round, but during drought and dry seasons, blackbucks may expand their home range in search of water and forage. The size of blackbuck herds varies throughout the year and is directly tied to the availability of food.

There are 13 ammunition that gives full integrity on the Blackbuck.

The fur variants Black, Brown and Dark are relatively common, unlike the uncommon Leucistic variant or the rare Melanistic variant. 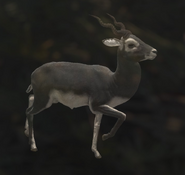 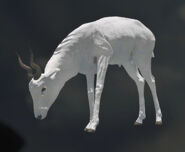 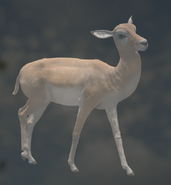 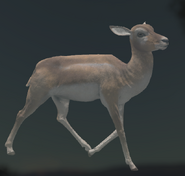 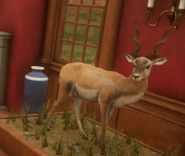