TheHunter: Call of the Wild Wiki
Register
Don't have an account?
Sign In
Advertisement
in: Reserves, Locations, DLC, Stub

"Rancho del Arroyo is situated in the heart of Mexico’s hottest desert. Hunters who can brave its aridity and navigate the difficult terrain will find an ecosystem unique in the world. The desert shrublands hide the Mexican bobcat and the curious collared peccary; brushy hills and riparian forest teem with whitetail and mule deer and the newly introduced pheasant. Strap a gun to your back and experience the home of the vaquero, a place where the rugged individualism of the Wild West lives on in spirit."

It is based in Mexico, and is a mostly desert, arid, semi-arid reserve typical of the Sonoran Desert habitat of the region of Southwestern United States and Northwestern Mexico.

Returning animals [from other reserves] are the coyote, mule deer, white-tailed deer and bighorn sheep. Therefore, there are 9 animals in total in this reserve.

"Out here, it's easy to lose your way. There’s nothing to guide you but the sun and your own instincts. Survival is never a guarantee, and only the shifting sands bury those who didn’t make it…..

[Long pause] … This is Vaquero Country.

Generations of cowboys have eked out a living on this land, through revolution, war, and everything in between. If you’re brave enough to strap a gun to your back and follow them, you might be surprised how alive everything really is.

Maybe you’ll spot a collared peccary scurrying through the brushy hills, or track a prize-winning whitetail from the woodlands to the desert…. You could hunker down and watch the elusive Mexican Bobcat stalk antelope jackrabbits….. Or why not meet our newest addition ? … But be warned… The ring-necked pheasant’s no ordinary avian… You’ve gotta make this bird use it’s wings….

It’s time for things to change… Either we keep on living as our forefathers did and lose our arroyo, the lifeblood of this bare earth, or we dare to carve our own path forward…. If you can rise to the challenge… Rancho del Arroyo is ready for you."

https://youtu.be/iPRIauuqRVs < ---- Link to the trailer uploaded by Expansive Worlds (Game developers) on there YouTube channel. 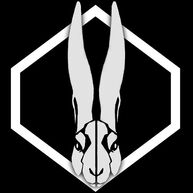 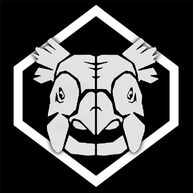